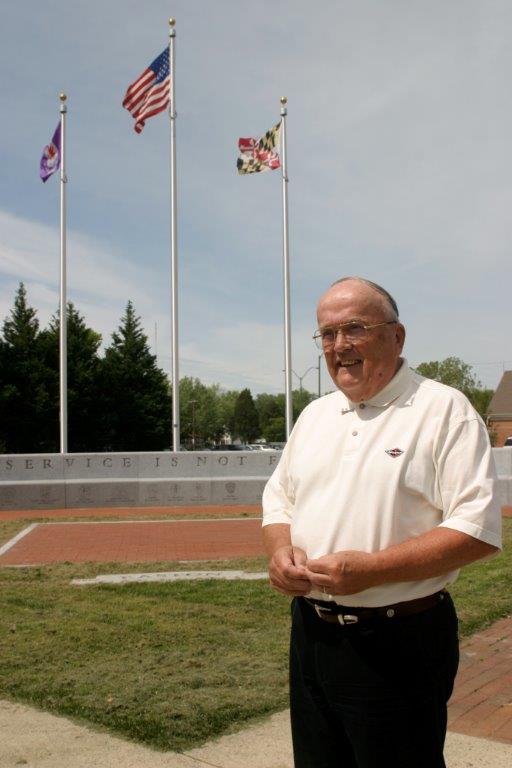 Mayor Robert C. Willey is a life-long resident of Talbot County. He attended schools in Easton and graduated from Easton High School in 1959. In April 1961,  Mayor Willey started work at then, Waverly Press and was employed there for 41 years until retiring in March 2002. His primary responsibilities included book fulfillment, traffic, employee safety, environmental regulations, permits and setting up a worldwide distribution system. Waverly’s distribution systems became more cost efficient and reliable than the U.S. Postal Service and were later copied by Waverly’s competitors.

On September 2, 1961, Bob married the former Betsy Lee Thompson from Oxford. Together they raised three children. The Willey family is comprised of their children, a daughter-in-law, four grandchildren, and one new great granddaughter. Sadly, their oldest son passed away. Their other son is an Easton High School and Salisbury University graduate and is now self-employed. Their daughter, also an Easton High School and Salisbury University graduate is employed by the Federal Government in Virginia. Mayor Willey has been involved in numerous civic activities. He has served the community as a member of the Easton Volunteer Fire Department for 59 years serving as secretary, treasurer, trustee and fire fighter. He has also been a member of the Easton Elks Lodge for 57 years; past president of the Easton Kiwanis Club; past member of the Board of Directors of the Safety Council of Maryland and a life-long member of the First Baptist Church of Easton. Bob also coached Little League baseball and football for 14 years. He served as President of the Eastern Shore Association of Municipalities in 2002; and has served on the Maryland Municipal League (MML) Legislative Committee for 14 years and was inducted into MML Hall of Fame in 2012. Bob served the Town of Easton as a council member for six years before becoming Council President for another six years. He was elected in May 2003 as Mayor and has served in that position ever since. In connection with duties at Waverly Press, then Cadmus, Bob satisfactorily completed several courses offered by Virginia Tech, University of Maryland, George Washington University, Chesapeake College and the University of Baltimore.

While serving as Mayor of Easton, he has also served as a Member of the Board of Directors, Maryland Municipal League 2007-2008 and 2017-2018, Vice-President of Eastern Shore Association of Municipalities 2007-2008, Past President ESAM, Member of Government Advisory Committee for the Chesapeake Bay Commission for 12 years,  and as MML District 2 Vice President 2017, 2018.