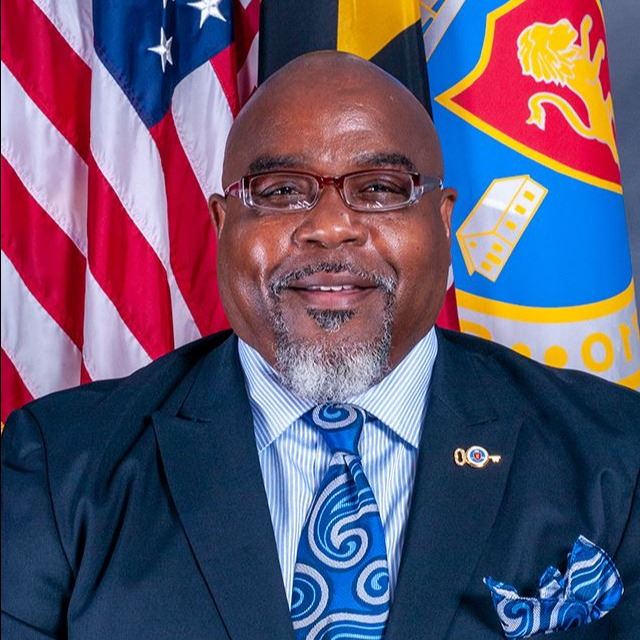 Rev. Elmer Neal Davis, Jr. is the son of the late Elmer Neal Davis, Sr. and Julia Diane Davis.  Born in Salisbury, Maryland, he received his education in Wicomico Public School System where he graduated from James M. Bennett Senior High School.  Despite all odds and negative innuendoes, he graduated from Wor-Wic Community College, where he received an Associate of Arts Degree in Criminal Justice.  He later enrolled in the Eastern Shore Criminal Justice Police Academy in Salisbury, Maryland.  This training enabled him to serve his community for 22 years as a police officer and resulted in being promoted to the position of Lieutenant at the Salisbury City Police Department.

In October 1992, God took his hand and led him on his Christian journey.  Rev. Davis was appointed in 1998 as the Pastor of St. Mark United Methodist Church in Princess Anne, Maryland.  With such love, dedication and faith in God who leads him, Rev. Davis realized the need to continue his education.  With much discipline, he graduated with honors, receiving a Bachelor’s of Science Degree in Human Resources Management from Wilmington College.  Continuing to excel academically, Rev. Davis later received a Master of Divinity Degree from Howard University School of Divinity.

At the June 2011 Peninsula-Delaware Annual Conference, Rev. Davis became an ordained Elder in full connection.  July 1, 2011, he was appointed to St. James United Methodist Church in Westover, Maryland and Trinity UMC in Princess Anne, Maryland.  July 1, 2014, he was appointed as Pastor of Whatcoat UMC in Dover, Delaware where he was highly respected and regarded as a leader in the City of Dover.  He was an active member of the City of Dover Advisory Committee and Chaplain of the Dover City Police Department.

July 1, 2019, Rev. Davis was appointed by Bishop Peggy Johnson as the Easton District Superintendent of the Peninsula-Delaware Conference, where he supervises 77 pastors and 122 churches. The Easton District is the size of Delaware and consists of five counties (Dorchester, Talbot, Caroline, Queen Anne’s and Kent).  Rev. Davis has brought vitality and new concepts to the Easton District with his motto, “We Can, We Will, We Must!” from Philippians 4:13 (KJV).

September 2020, Rev. Davis was appointed to the Easton Town Council and subsequently elected to represent Ward 4. Rev Davis is currently a board member of Talbot Community Connections.

Rev.  Davis is married with three adult children, and two grandchildren. Rev. Davis is committed to enhancing the quality of life of each person he meets.